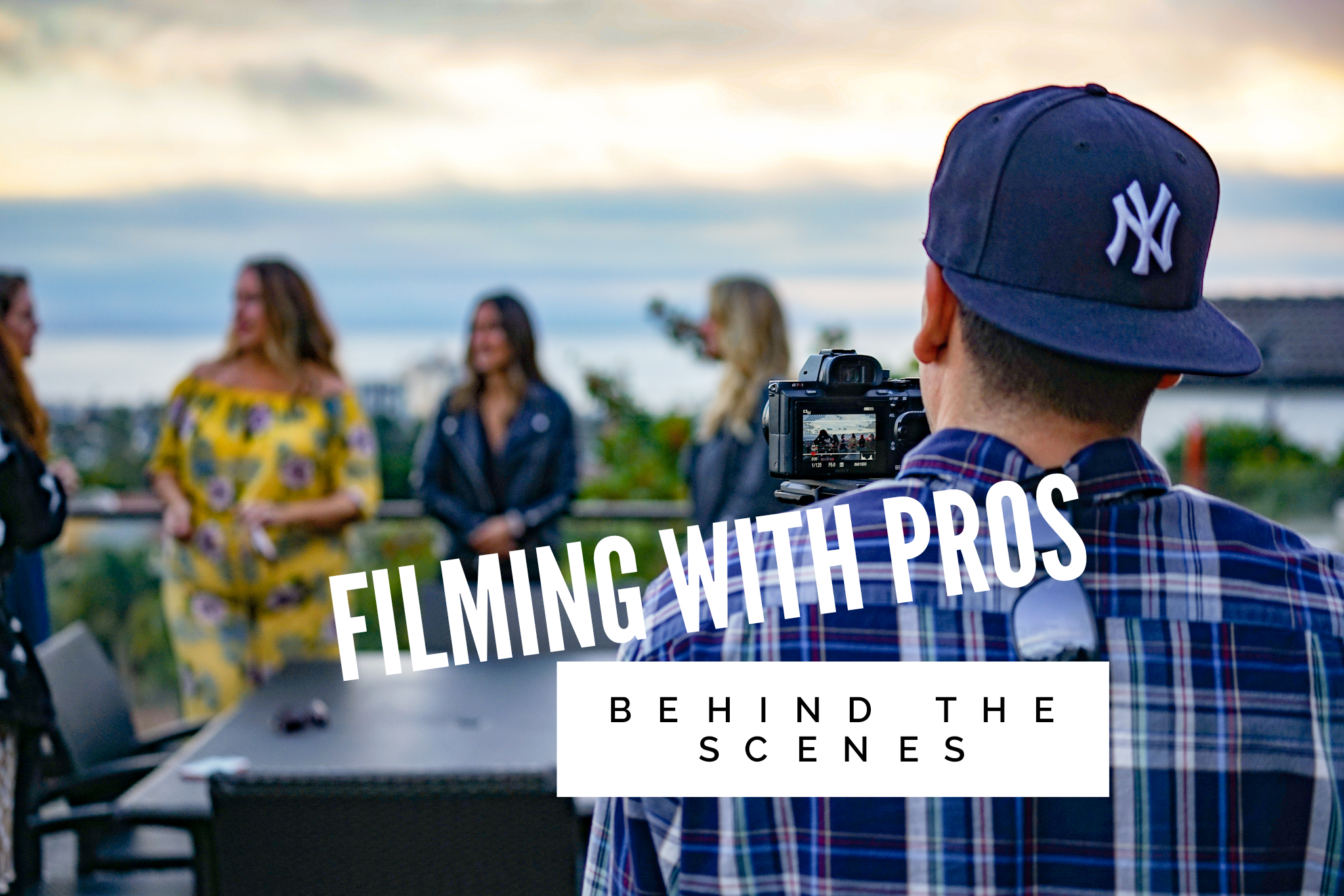 I love getting calls from Wackoe of Monopoly Media. It usually means he needs me to help with a project. In fact it was because of him that I made the switch to Sony  so that he could use me on more of his projects. I met Wackoe years ago when I was still putting on concerts at The Fox in Pomona. He was still doing The B Side Show and wanted to set up in the theater and do interviews and offered to make a recap video. I had no idea 5 years later I would be assisting him with his shoots. So from time to time he calls and asks me to help out. Sometimes their paid, sometimes not but I always walk away learning so much! Even the little things you learn can have a huge impact on your work so I always jump on any project I can. When he calls me  it usually starts with a joke or some made up scenario about how he wants me to be a boom operator for porn he’s shooting….HA HA just kidding.  But he does joke a lot. This project he called me for was a 3 day shoot in San Diego and I was just going to be the Photographer while he and his DP JD Macias handled all the video work for the project.  It was a cool 3 day gig, he rented a small house a block from the ocean, it was a paid gig… how could I say no?

Here is a litltle behind the scenes video from Day 3 of our shoot. You’ll see a little of the house we rented and shots of them setting up, working and packing up to head back to the IE.

And now for my favorite part, the behind the scenes pics. I don’t know what it is but I like taking pics of people working. And to watch these two work was really great. I’ve worked with a few film makers and photographers and I’ve never saw two work so well together. Everything was well coordinated, discussed and work environment was lively and fun. Above all these guys are professional and that’s why I love working with them. Off set it’s another story, it’s instantly jokes and laughs.

One thing you learn from watching pros work is you get to see what gear they use and how they use it. Just observing you can learn a lot. JD was really great about answering questions and telling me why he was doing things like lighting and settings. For filming lighting is a big deal. Having good lighting, manipulating lighting or being able to film when light is a challenge. This was an amazing learning experience because we shot outside in bright light, overcast, sunsets and in a room where the subjects had bright windows behind them. A lot of what I learned goes for photo and video so I was trying to take it all in.

I was there primarily to take photos but of course I was there to help with loading and set up gear. What was cool was on this shoot they brought out all they had to get the shot. I got to see the full range of lighting and how they we’re trying to light. While I don’t do too many videos that require such elaborate set ups it’s still really good to know. Plus I think the clients were impressed.

As you can see just from this unedited photo that the did an amazing job lighting the subject at sunset. The edited version of this photo is even more spectactular. I can’t imaging how the edited video looks.

JD no longer lives in Sounthern California. Wackoe flew him out from Texas to DP this project. Money well spent, He really did an amazing job and the two were able to really knock out a lot of shoot locations and adapt to  client needs as well as work around the weather.

We arrived to the first day of shooting in the afternoon so we had to beat the sunset and wrapped up around 8. Checked into our AirBnB which was a nice little house by the beach. we spent our evenings, recharging batteries and dumping files. Just about every outlet in the house had something plugged in and charging. Day two was a full day, intermittent overcast and day 3 it rained all day.

After reading this you might think I’m a total beginner. While I do create content for a living in comparison to these guys I am so a beginner. A lot of what I know is learned from helping out pros like these two. I’ve studied their videos, I watch when they go live, I inbox them with questions. I spend countless hours watching youtube videos on how to do new things and different ways to do what I already know. In my free time (when I have it) I practice, I keep my camera in Manual and just practice different settings and try not to look at my camera so I get more familiar with my buttons and settings. Honeslty my goal is not to get to these guys level. I don’t want big clients and big productions. I’m really happy with my style of videos and client needs. But I do want to know how those pros work, I want to see their work ethics, know their industry terms and be able to be in their element and be useful to them. With that being said, Thank you Wackoe for hiring me for this gig and thank you JD for sharing with me some knowledge. Thank you both for all the laug